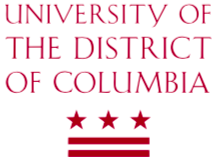 We are pleased to report some good news: Murch’s swing space is starting to take better shape. This week, Principal Cebrzynski and representatives from the SIT met with administrators from the University of the District of Columbia (UDC), as well as DCPS and DGS, to discuss the swing space plans. One big piece of news is that DCPS and UDC are now committed to Murch relocating to UDC for two school years rather than moving back to the construction site in year two. This will help avoid multiple, disruptive moves during construction, allow better continuity for students, keep staff focused on education rather than logistics, and allow construction to move more quickly.

The full details of the plans are being decided and, once discussions are complete, the UDC Board of Trustees will meet as soon as possible to review the plan so that it can be finalized.

Other highlights for parents to know about the swing space at UDC:

DCPS and DGS are working to prepare diagrams of the site layout to share with the Murch community by next week. In order to help families see what the swing space will be like, DCPS and UDC will work with the SIT to host events for Murch families at both UDC and the trailer pods and “bubble” at Lafayette. UDC also welcomes Murch families to come walk through campus anytime to take a look at the site. The Murch SIT is grateful to the UDC administration team for their hard work to help make a great home for Murch on their campus. While it took a long while to get to this point, the plans for Murch over the next two years look exciting!