The 4th grade Community Service Club is partnering with the Humane Society on a project called “Paws and Claws.” This is an effort to collect many items for pets that are in shelters.

The collection has been extended through March 18th. Please place any donations in the green boxes located around the school. And thanks!

With winter break upon us – we are still short of our goals!

Please contribute to SOS today so that we don’t have to cut funding for next year including:

And its in perfect time to help out your your taxes

You can make your fully tax-deductible SOS donation:

Under the tutelage of Ms. Bell, a group of Murch students has become rather obsessed with the geography of the United States.  They learned all kinds of details about the 50 states -population, size, capitol and more.  They took this knowledge with them to the GeoPlunge Tournament on Tuesday, November 18th at the National Portrait Gallery and competed against teams from all over the city – around 170 children from 20 schools were playing in this division. Not only did our teams do amazingly well, but all the kids had a blast playing.  Congrats to all of the students who took place and especially the winning team of Lucy Chamberlain, Sophie Flaherty and Margot Nissen.  A special thanks to Ms. Bell for all her efforts too! 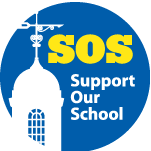 Do you love your child’s classroom instructional aide? Did you know that the HSA funds the enrichment coordinator to ensure your kids get extra academic challenges?  That your child has access to iPads and other technology at school? Do you like being able to provide extras for our teachers? Then show your appreciation by donating to SOS today! The Murch HSA is kicking off our 2015–2016 Support Our School (“SOS”) campaign!

Our goal this year is to have as many Murch families donate to the SOS campaign as possible and to raise the funds to provide the resources and support needed by all students from Pre-K to 5th grade.  Find out more here!

And if you participate by October 15th – you will be entered into the drawing to win 100 tickets to the Fall Fair.  Can’t you just imagine how happy your child would be?  So just do it!

Over the weekend – you might have noticed that the look for the Murch website changed.    In case,  you are wondering -why?  Here are some of the reasons it happened:

We are not done yet – we still want to add some more features and make it even easier.  So, if you have any questions, comments, complaints and applause – let us know! Or take a minute and fill out our Communications Survey. 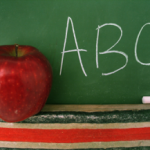 Are you looking for a flexible, part-time job where you can still drop and pick the kids up from school? Consider becoming a substitute teacher for Murch. Murch is always interested in building the pool of quality substitute teachers. You can work any days that you like and even some half days. Getting your license is easy: you just apply on line through DCPS, attend a quick 5 minute interview, get your ID badge and you can start the next day! More information on the process is available here.

If you are worried that you don’t have the skills or have questions about what it is like to be a substitute teacher at Murch, please feel free to contact Clare Rawlings, Monique Webber or Andrea Stewart. As these parent/teachers can attest, this is a rewarding way to work with our children and a great way to support Murch!

School may be out for the summer, but planning continues for the Murch modernization to ensure it remains on track to begin construction in the summer of 2016. The Department of General Services (DGS) and DC Public Schools hosted a community meeting on July 1 to present proposed revisions to the design concept. The revisions were aimed at addressing the concerns expressed about the original design by the Murch community at a meeting in June.

A copy of the presentation from the July 1 community meeting is available on the DGS website. For more details about the meeting and reactions to the revised design, check out The Northwest Current article summarizing the meeting.

Once school resumes in the fall, DGS plans to have regular community meetings to discuss progress and planning for the project.

The Murch School Improvement Team (SIT) is a group of staff, parents and community members selected by the Principal to participate in the development of educational specifications and schematic design for the school’s modernization project. Current members of the Murch SIT are:

More information on the role of the SIT can be found on the DCPS website.

On February 19, HSA Co-Presidents Martha McIntosh and Maggie Gumbinner testified before the DC Council’s Education Committee to highlight the overwhelming need for modernizing Murch. Their testimony also addressed concerns with the process used to schedule schools for modernization.

On February 24, DCPS Chancellor Kaya Henderson testified before the Education Committee and also addressed the school modernization process, admitting that the process was extremely flawed. The Chancellor proposed setting up a task force to develop transparent and logical criteria for scheduling schools. Top criteria, she stated, should be utilization (a comparison of the school’s enrollment to its capacity) and building condition. The number of at-risk students enrolled at the school might also be a factor.

In case you missed it, the February 18 issue of The Northwest Current covered Murch’s recent meeting with Deputy Mayor for Education Jennifer Niles. At that meeting, Deputy Mayor Niles informed the community that Mayor Muriel Bowser is committed to including adequate funding to complete the Murch modernization in her proposed budget, which is scheduled for release on April 2.